This worthwhile walk begins at an altitude of 1550m in the ski village of Sainte Foy Tarentaise (above), which has a generous  visitor parking area which is signed as you enter the village. Clearly visible in the distance is the neighbouring ski village of La Rosière. The departure point for the start of the walk is indicated not far above the parking area by a rustic painted sign.

The initial gradient is quite steep but soon settles into a more or less steady climb through pine and larch forest, with occasional glimpses of the mountains – the ski areas of Villaroger and Les Arcs lie just across the valley. So far there’s plenty of shade to keep things pleasantly cool on a sunny day, and you’ll have the sound of birdsong for company.

Keep going eventually after a few steeper zigzags the path leaves the forest beside a much smaller unsurfaced parking area. This can be reached by car by following the road through St Foy and turning right above the main ski village onto a winding mountain track, although there’s no guarantee of finding a vacant parking space at the top – and of course by doing it this way you’ll miss the magical, near-silent world of the lower forest section.

From here things open up and the path broadens into a track cut into the mountainside. For now the dense forest still hides the views, but bursts of wildflowers hint at what might lie ahead.

Sure enough, before long the gradient eases, levels off and then begins a gentle descent. Visible in the distance are the rooftops  of a tiny hamlet set among mountain pastures, although what really focuses the attention are the long-anticipated views which have suddenly opened up across the Haute Tarentaise valley.

Ahead, tucked away out of sight in a valley below a hydro-electric barrage is the village of Les Brevières and beyond it the world-famous ski area of the Espace Killy, shared between Tignes and Val d’Isère. For walkers it’s a rich reward for the climb from Saint Foy, and at the approach to the hamlet is another, in the form of an opportunity to fill a water bottle from a refreshingly cool mountain spring signed as ‘eau potable‘.

The hamlet looks and feels in every respect like an idyllic spot far removed from worldly concerns, but in winter the sense of remoteness is heightened, to the point where getting here after heavy snowfalls means making a rather longer trudge up from the ski village in snowshoes. We know exactly how much more physically demanding that can be, because we’ve done it ourselves – but there again the sense of achievement is correspondingly greater.

Beyond the hamlet the track continues its gentle descent and briefly enters a wooded area. After curving to cross a fast-moving stream strewn with boulders. In fact, this is more than no mere stream but turns out to be the Ruisseau du Clou river, which now flows alongside the path for a while, before making a steep descent into the valley far below.

Once across the river the track enters a sheltered valley setting, with more coniferous plantations beyond pastures which are ablaze with wildflowers during our mid-July visit.

A few minutes later, after a couple of lazy, sweeping arcs, the track passes between rows of upturned stones and passes a tiny limewashed chapel set beside a huge boulder. Visible behind it are two huddles of stone chalets roofed, as is the local tradition, with flat riverbed stones known as ‘lauze’. Welcome to Le Monal.

Even in summer there’s a refreshing sense of remoteness here, a quality which means that things shut down completely soon after the first snowfalls of winter begin to make things impractical for habitation. For now, though, it’s a magical and privileged location.

That thought is not lost on the fortunate chalet owners, who manage to pack a lot into the brief summer period, including some cheerful cottage-style gardens and productive vegetable beds. While you’re here you can picnic or enjoy a drink or meal in a choice of two cafes, while resting your feet for the return trek and taking in the dazzling scenery.

As you’ll discover if you decide to follow this path, the route itself is every bit as enjoyable as the destination, and serves up a succession of varied landscapes destined to change forever the perceptions of anyone who has yet to fall in love with the mountains in summer.

A final bonus is the sight of Sainte-Foy Tarentaise as most skiers will never have seen it, resplendent in summer mode. It’s the kind of revelation which draws us back to places we’ve come to love as skiers, and which have inspired a desire to discover the mellower side of their dual personalities. We’ve yet to be disappointed.

Julia Moss is the Content Director for mountainpassions.com. Together with photographer and writer husband Roger, Julia has skied in over 60 French ski resorts. 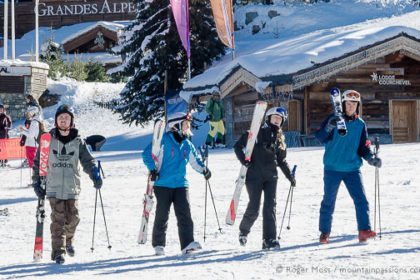 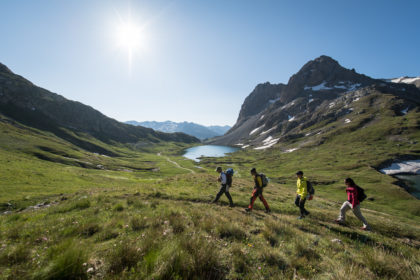 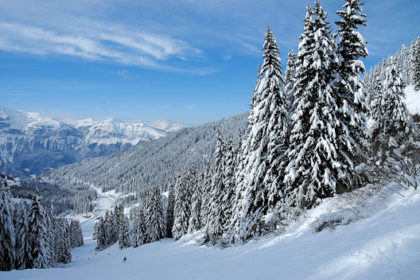